The Brokeh System’s patent pending technology is the first light modifier that actually changes the shape of the subjects face. This can be used to make a face appear thinner or even to correct for facial asymmetry such as a weak chin or large forehead.

The Brokeh patterns fit on your existing soft lights.

Use your lights as you normally would.

The Brokeh System is divided into two groups

The Brokeh F (Facial) series of patterns offers the strongest effect on subject.

By using dominant and complementary skin tones in geometric patterns on soft light sources, the Facial patterns enhance the curves on human faces. (e.g. The FAK "Facial Anamorphic Key" will render faces thinner than using white with the same softlight.)

Thinner and More Glamorous (Even in black and white there is a difference!) 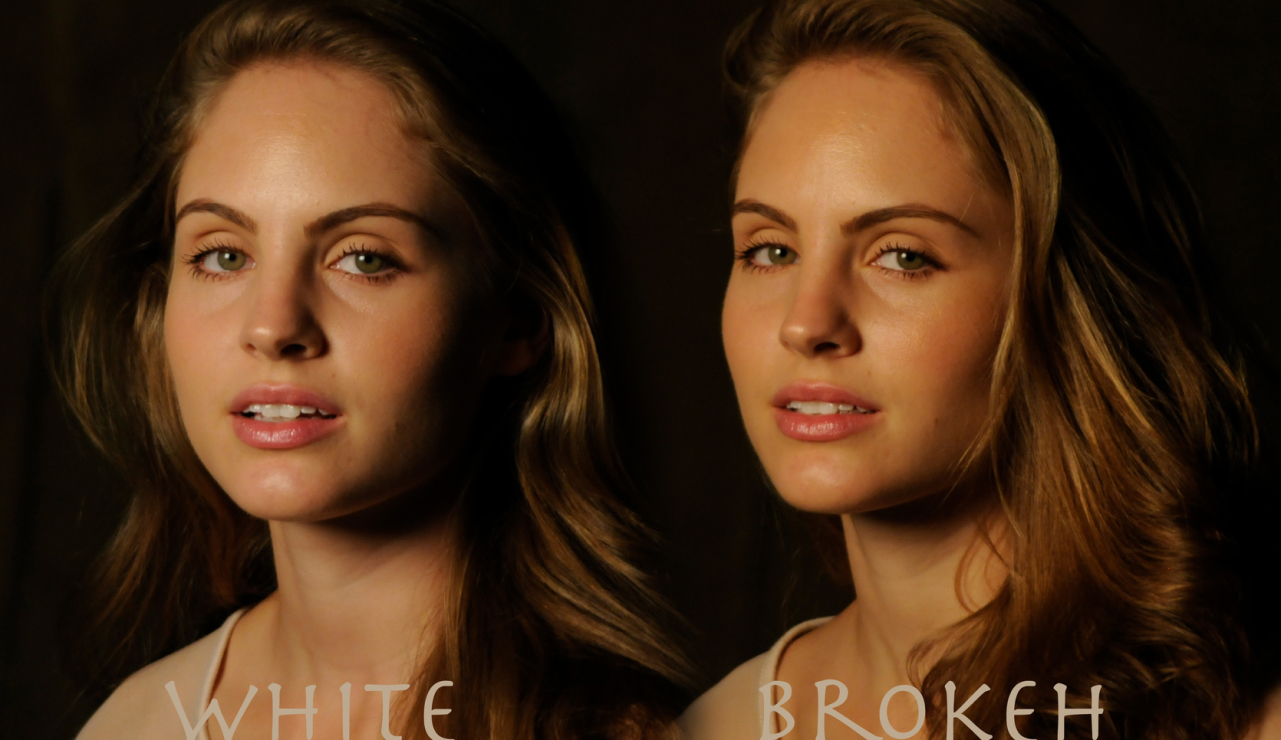 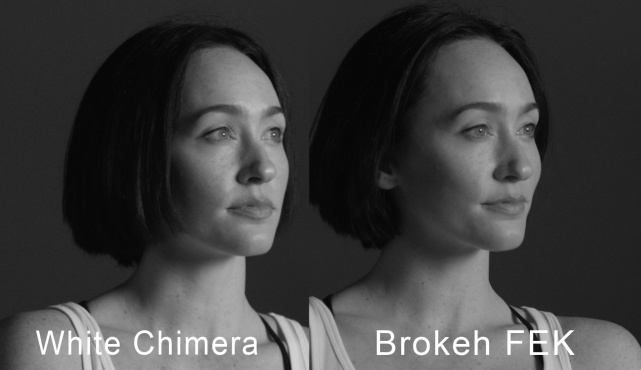 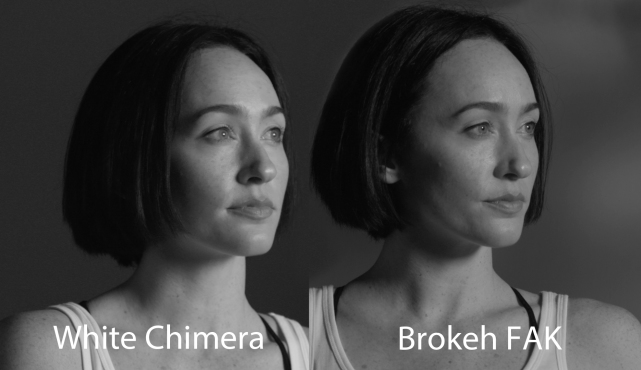 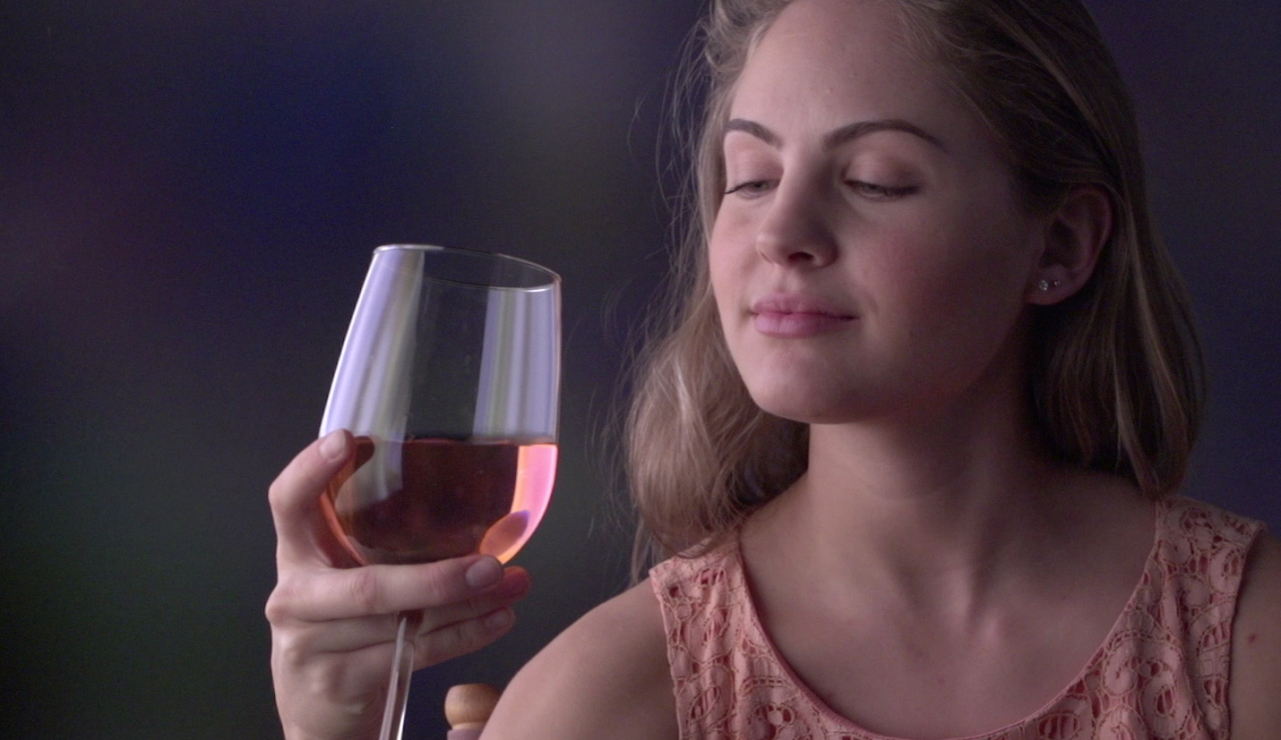 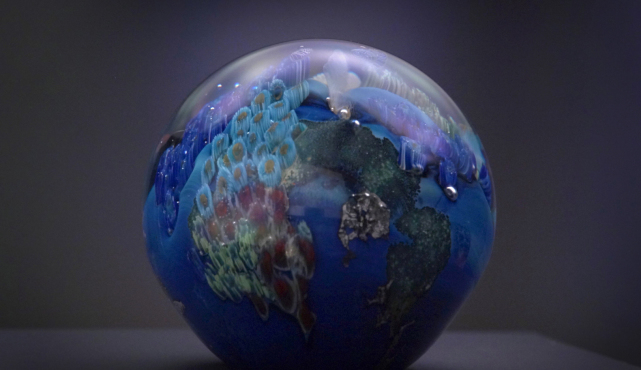 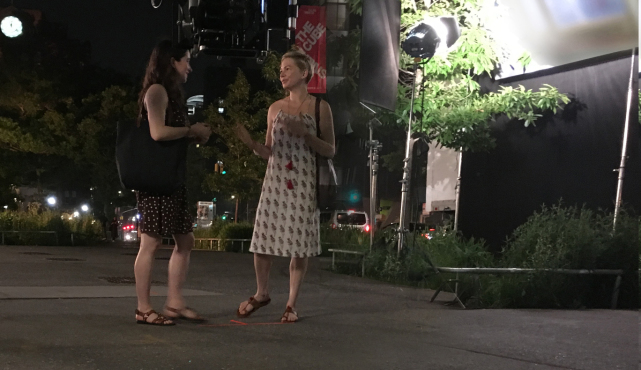 With the Brokeh N (Nature) series of patterns the lighting is undetectable!

Brokeh Nature Series surrounds your photographic subject with areas of different colors. The colors land at different angles on your subject and that's where the magic happens. No more bleached out faces falling victim to an army of flat white lights. With Brokeh, every movement of the face creates infinite combinations of color mixing that will keep your 4K and 8K cameras busy. 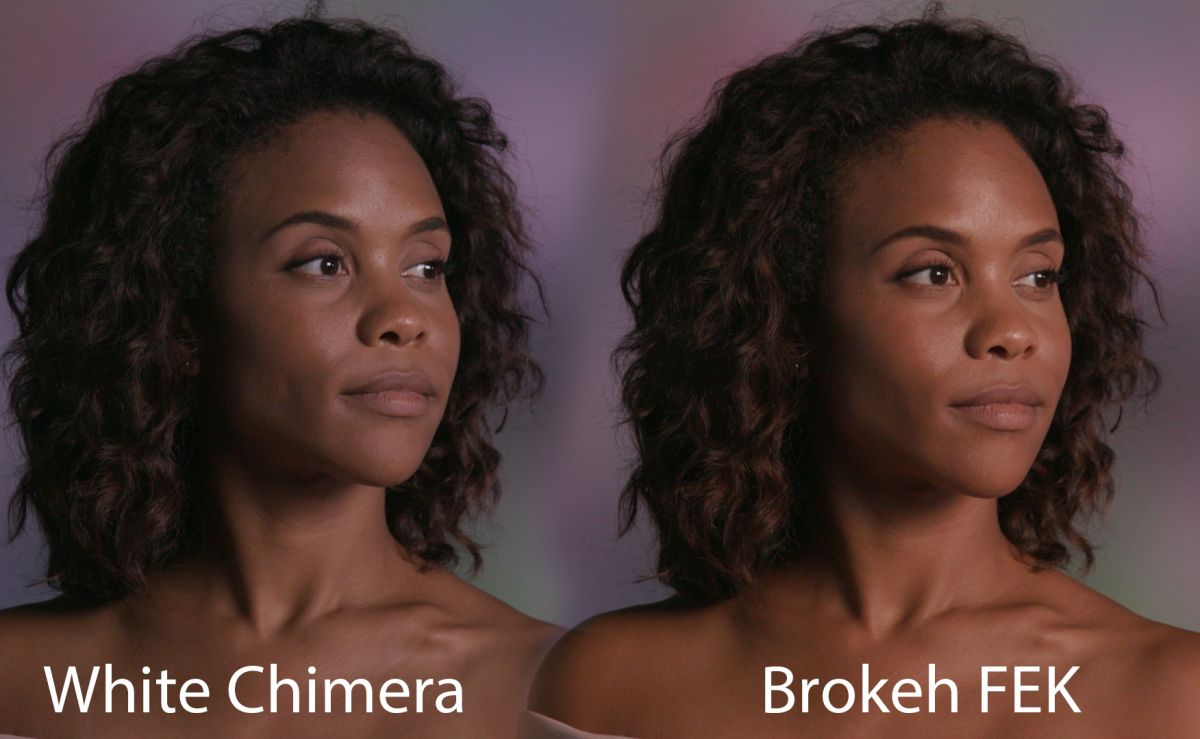 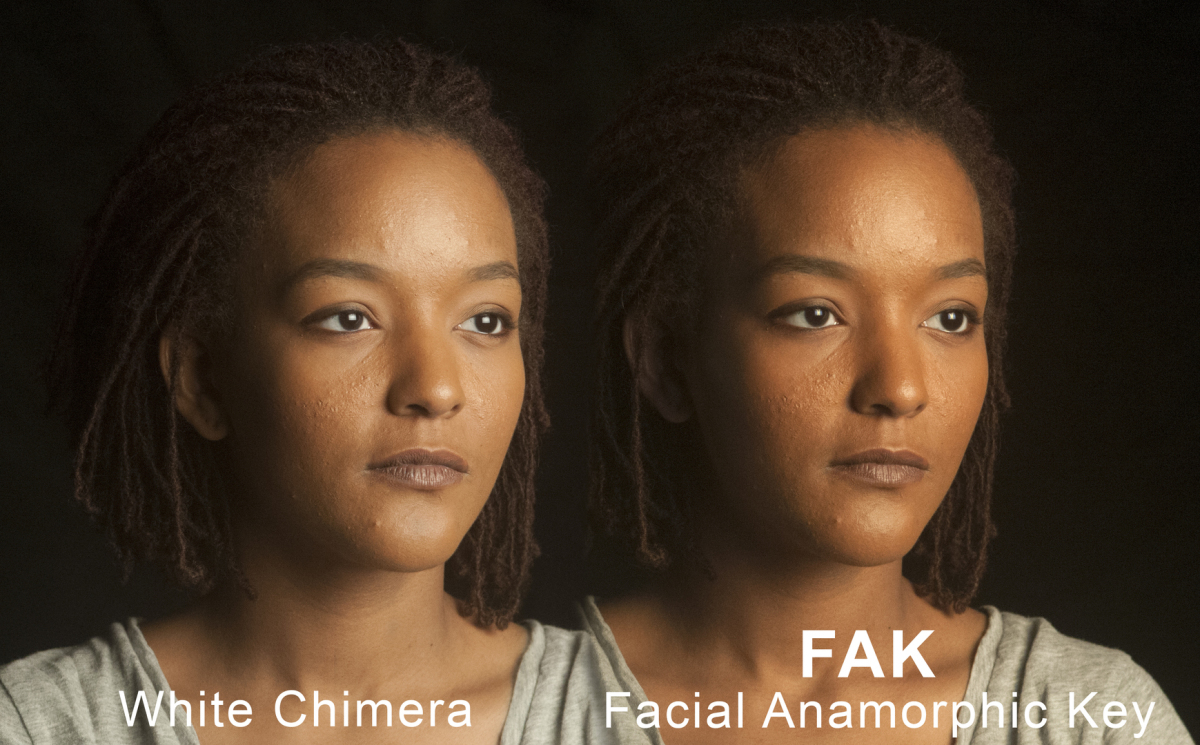 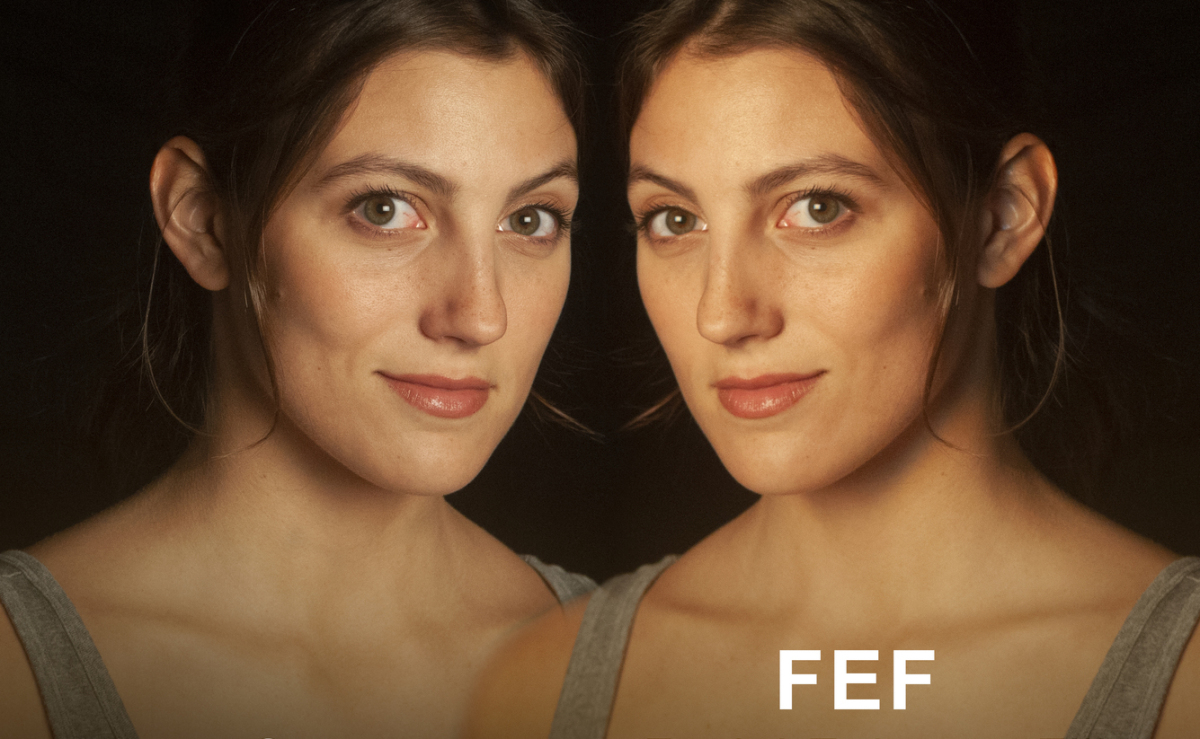 A versatile pattern the FEF can be used as a fill or a key light. Good for night shoots too 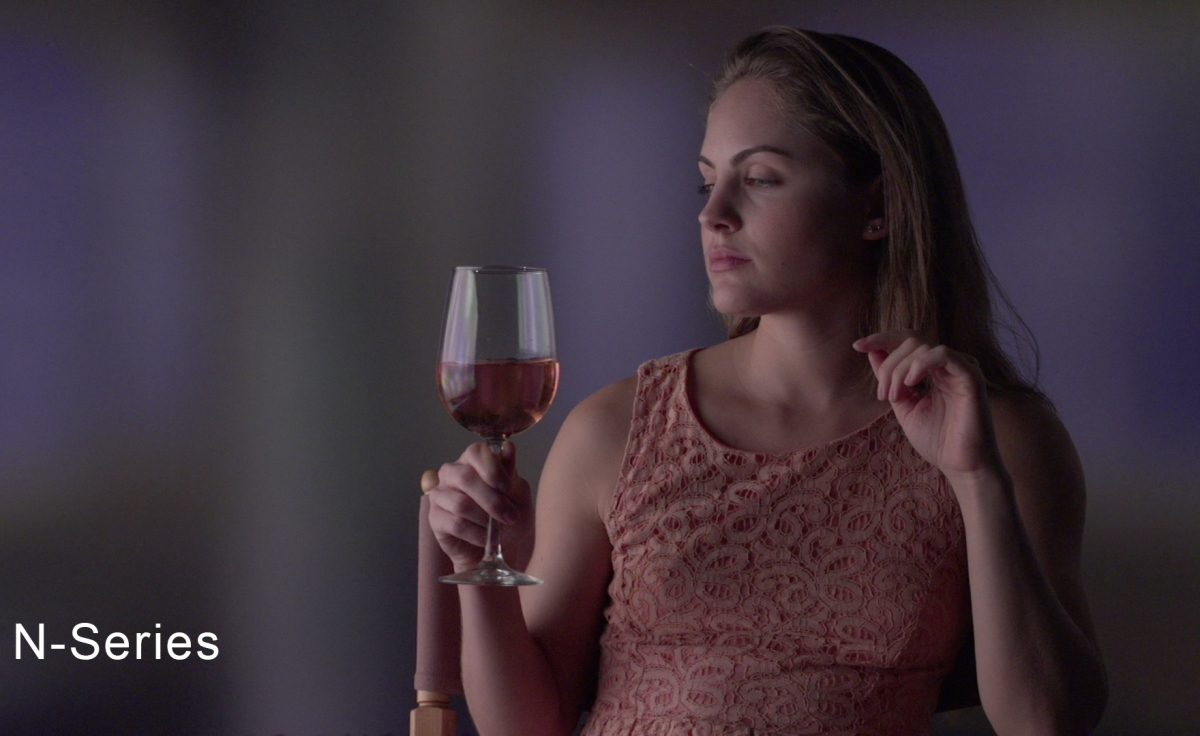 These patterns are stunning on the skin and undetectable in reflections